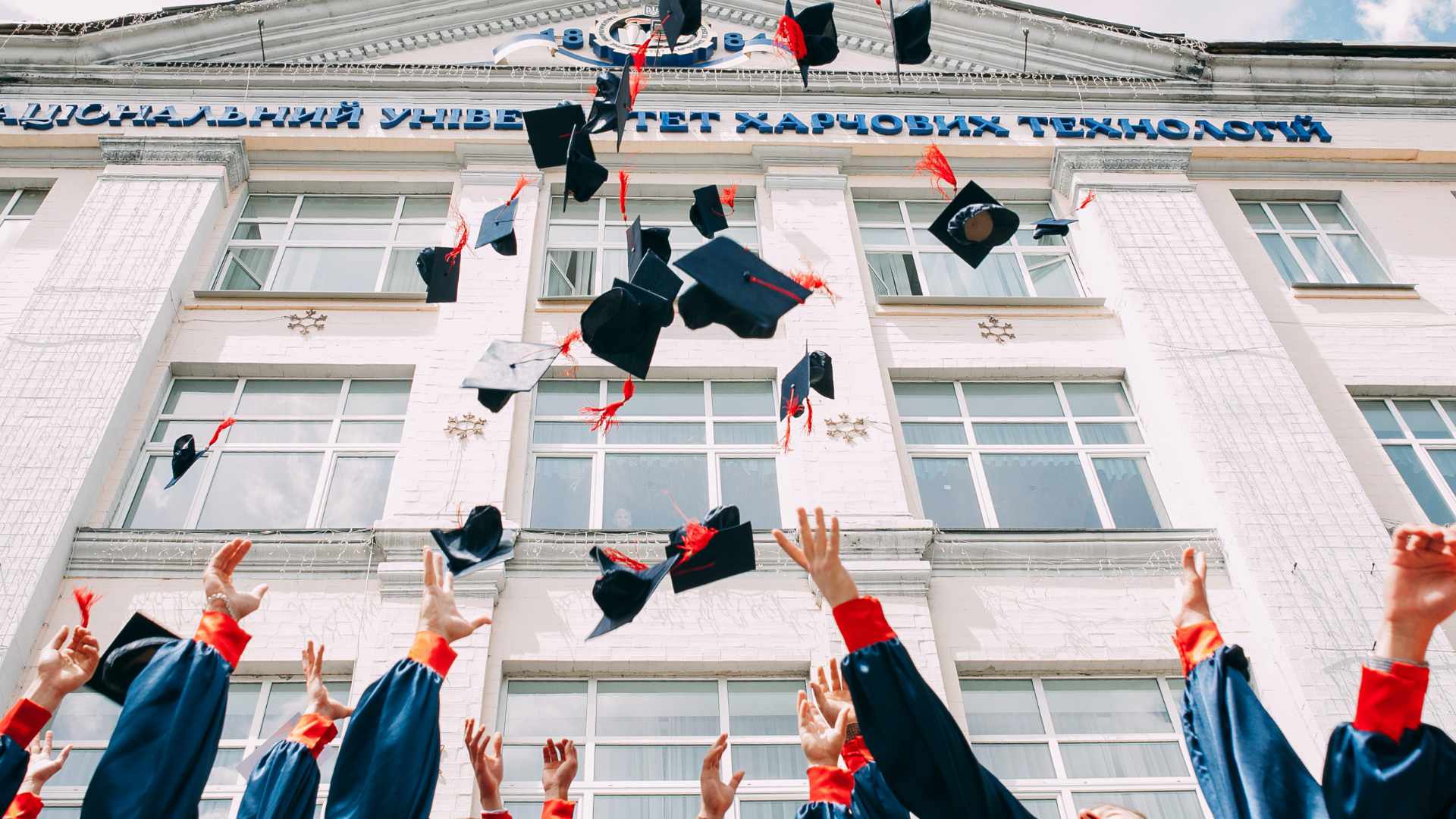 6 Tips to get a Graduate Job this year! 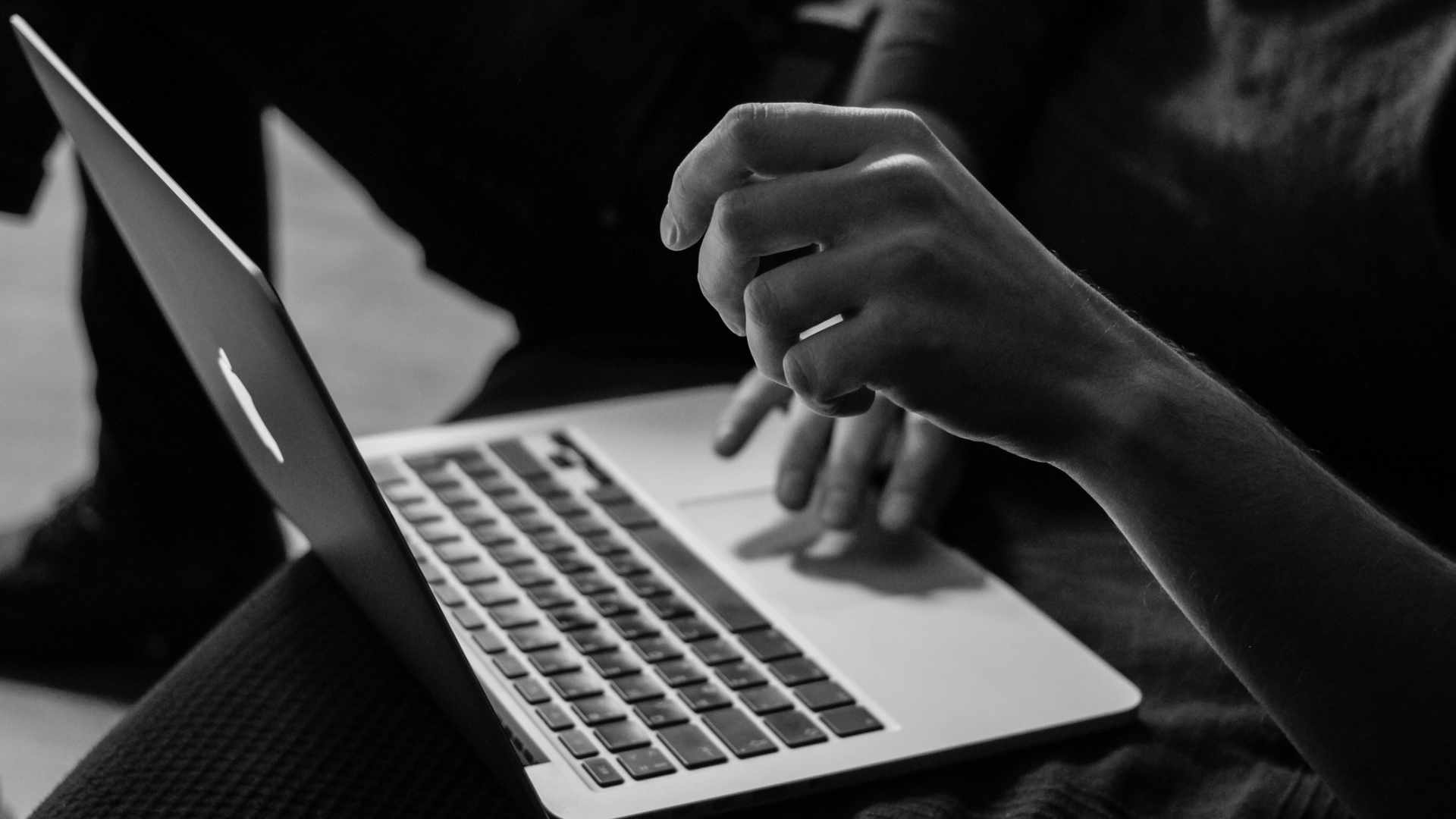 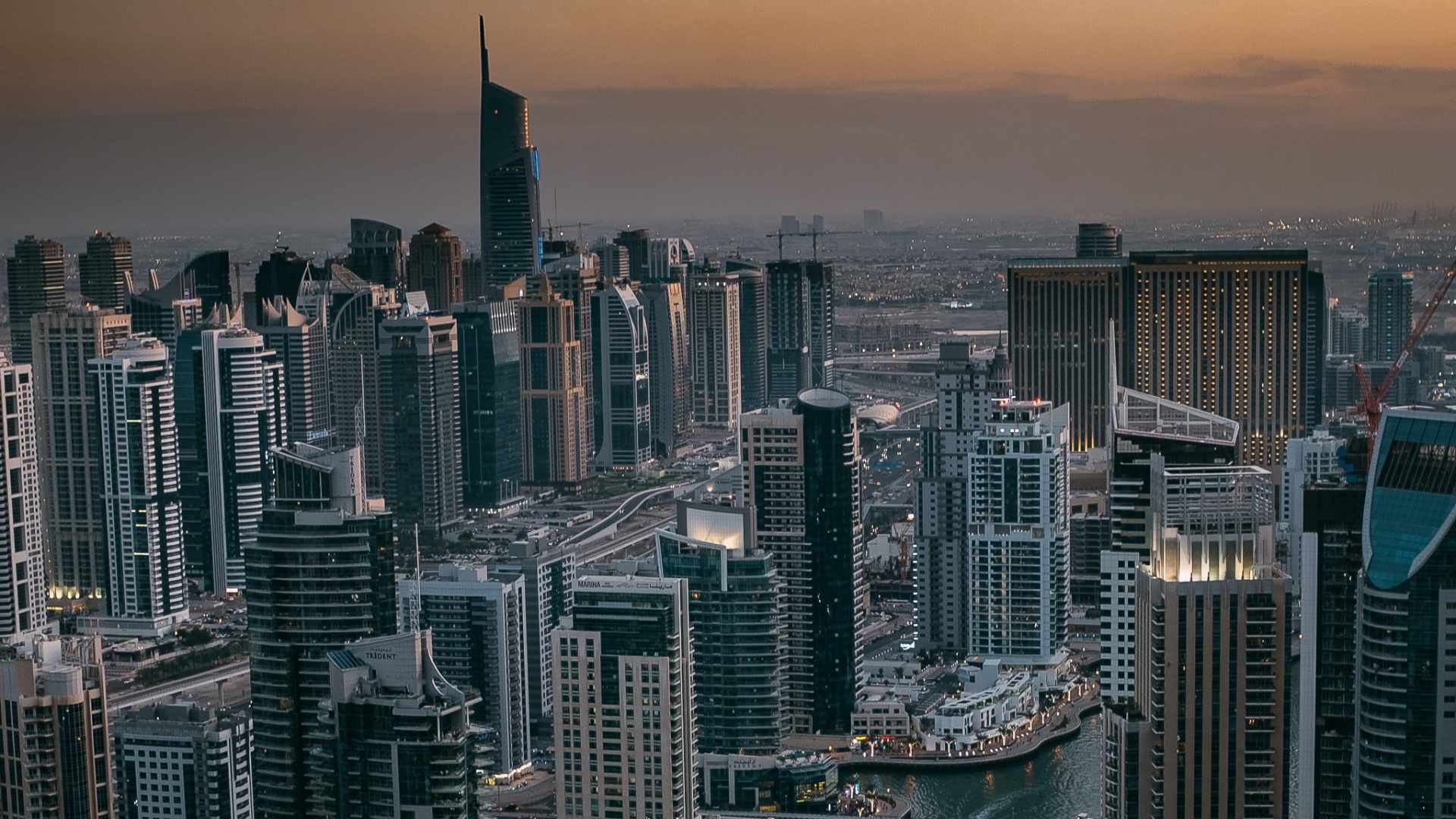 A personal story into the Built Environment 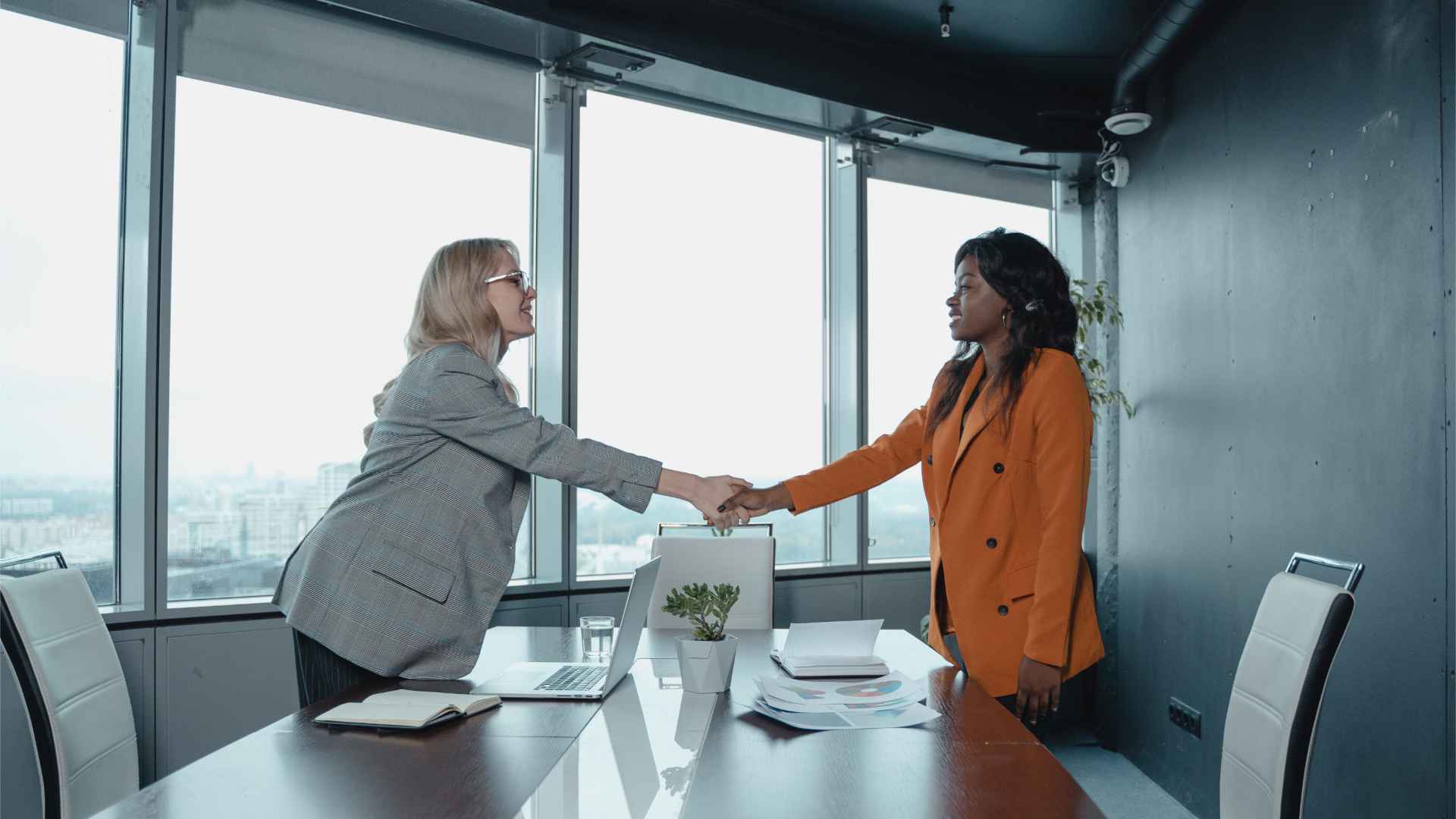 “1 woman in every 100 professionals works in the Built Environment”

Women in the Built Environment

For some time now gender diversity has been a hot topic in the construction industry, irrespective of location, whether in the Middle East or anywhere else in the world, it remains one of the most male dominated industries. So, what can the industry do today to attract and retain more women to the sector? Let’s dive straight in:

47% of the global working population are women. However, despite a steady rise in numbers year on year, women working in the built environment account for less than 14%. To put this into context, that’s 1 woman in every 100 professionals. There are several factors that contribute to stifled growth and unconscious bias (in this case ‘career sexism’) these include gender pay gap - where 43% of organisations do not actively monitor pay, occupational segregation, and lack of training and awareness, which may lead to higher female susceptibility to injury on site.

We spoke with three established employees in the industry across the UK, UAE and KSA. Here are is a summary of what they had to say:

1.  Lack of acceptance for women

The construction industry is still described as a diversity-challenged industry. Women are continuing to fight discrimination but have struggled to break the ‘glass ceiling’ when it comes to career opportunity. Many still believe progress is required to challenge the leadership and policy makers within organisations; top down, bottom-up approach. Sarah Hayford (CEO and Founder of The Land Collective, UK) described her experience in Real Estate as feeling like “an old boys club” where she often found herself being the only woman in the room. At times, she described her role as a surveyor being undermined and on occasions mistakenly presumed as a ‘personal assistant or cleaner’.

Reem Abuzeid (Associate Director at The Red Sea Development Company (TRSDC), KSA)views were synonymous, she says “being a woman working in architecture, she has always found the industry to be very male dominated”. Growing up in Saudi Arabia, Reem found it difficult to follow a path in architecture, which forced her to take her passion abroad. Historically woman have played a restricted role, and relatively little attention was paid to the inspiring aspirations of Saudi women. However, among the many bold ambitions outlined in Vision2030, Saudi Arabia’s outline for developing its economy over the next decade and beyond, is a determination to strengthen the contribution of women to society and to the economy.

Chanda Kayumba (former Quantity Surveying Manager at Dubai Airports, UAE) has experience working in the UK and UAE to deliver a range of construction projects. Prior to relocating to the UAE, Chanda had some reservations about working in the region as a single woman, however, states that the community (employers) were very welcoming. Kayumba says she felt encouraged by seeing women working in executive positions for companies she’d always admired. However, she acknowledged that whilst there were aspects of career progression the overall growth opportunity in her opinion had been much slower in comparison to her male counterparts.

2. A community for women

There was a key trend amongst interviewees that the sector needed to be more inclusive when it came to mentorship (knowledge sharing) from other women. Kayumba highlighted the need for mentoring opportunities between junior and senior women in the built environment. An interactive forum where women can speak openly and receive guidance on opportunities. Hayford also agreed and an advocate of such forums, a space for networking, mentoring and a sense of community. Abuzeid stated that there needs to be more ‘focused’ programs across the industry that encourage women to enter the built environment sector post-secondary education. She explains that her employer has taken a lead role in promoting initiatives such as TRSDC ‘Elite Graduate Program’ which actively supports local talent and future women leaders.

When asking interviewees what advice they would provide females aspiring to start a career in the built environment, all three emphasised the significance of perseverance.  Despite the industry stigmatised as patriarchal, this should not deter females in pursuit of a career.

Sarah expressed that being different, whether it is having a different educational or cultural background has its own merit. Embracing your individuality will help tap into a wealth of advantages such as creativity, innovation, and productivity.

Moreover, Reem highlighted the importance of believing in yourself when pursuing your dreams. To seek a career within architecture and design, sometimes you must take a risk and go above and beyond to challenge the status quo, only this way you’ll get what you want and make your dreams a reality.

Chanda emphasised the significance of work experience, not only in one role but multiple roles. The built environment is broad, and you can only know what you truly enjoy if you try it. This will help you to discover where your true interest lies (or doesn’t), and to build valuable relationships with successful individuals already immersed in the industry. Notably, any form of experience has its own value no matter its nature, be it with a start-up or an established company.

WorkPanda believes there are several avenues the industry could consider creating a more inclusive environment:

‍
Whilst there is slow growth of women in construction, it is evident that more needs to be done to support and encourage women into the industry. This cannot be achieved by one organisation alone but a collective movement by the entire profession. Technology, particularly social media has changed the world we live and work in, and we believe this could be an enabler to raise awareness. Larger organisations should come together more often to promote mentoring groups and governments should provide grants, support start-ups, and provide funding.

WorkPanda is doing its part to remove hiring bias and help organisations hire based on merit rather than prejudicially either ethnicity, background, or gender. Using technology and emotional intelligence is a step forward in the right direction, however there is still some way to go before we can influence culture.

Technology is just one aspect of what we’re doing to influence the wider community; WorkPanda University provides students with the knowledge and resources to kick start their career within the built environment. Guest lecturing and speaker sessions are another way we are supporting and inspiring the next generation.

We thank all our participants for their time and input.